Howdy!! Just in case you might be interested in the person behind this web site, let me introduce myself beyond simply being a name. I can now claim to be a part of the over 60 crowd...seen Elvis, been to Woodstock, grew up on Long Island, N. Y. and in my 20's crossed to the 'other' coast to California.

October 1999 was another big change as my husband retired and we moved to a beautiful area of SW Washington. We now live on 5 acres so we can truly say 'we've gone to the dogs' Dogs have always been an important part of my life...the very first dog show I attended was the Westminster Show in the early 60's.

First breed I was involved with for showing was the Alaskan Malamute and I still admire the breed greatly. Now we have a more "wash and wear" breed by living with Australian Cattle Dogs....truly a breed 'not for everyone' as they can be a very high energy dogs that need and want to be mentally and physically active.  Yet are adaptable to live in most home situations, as long as they are exercised and walked daily and kept mentally stimulated.

Come on in and meet my dog family, dogs that we bred and some of their owners, current and future breeding plans, and links that may be of help in learning more about the breed.      Thank you for stopping by and do bookmark our website and visit when you can.

Top breeder of AKC titled  ACD  performance dogs in the PNW
​
To  Contact  us:
AustlynACDs@aol.com

Mary and her Dad bringing Bandit home
The sad truth about PETA that people do not seem to realize  PLEASE read     February 25, 2012

Documents: PETA kills more than 95 percent of pets in its care
​​

Your shelters and the WWF actively support the lives of animals.  Neither PETA or HSUS have any involvement in supporting your local shelters or putting monies into the care of wild life.  Make this a better planet and see where your money goes
​
Lori Groves boy Tucker spreading the love

Mike Anderson and Captain can often be seen in Sequim, Wa   keeping each other active

Dusty and his litterbrother Tucker   Above with Lori Groves - Tucker's Mom
Both boys have crossed over the bridge
CHEWY  -   lives in Sequim, Wa

This is a facebook page that lists dogs looking for new homes or even fostering that live in the Pacific Northwwest.  If you are a member of facebook please drop in for a look see.  It is easy to join Facebook too so that you can visit this site  Help these dogs to find a family of their own       PLEASE pass this page along to others that might be looking for a forever companion, or willing to have one live with them until a permanent home can be found

Read this Article by HumaneWatch.org

IF you want to help and donate PLEASE support your local shelter or locate a rescue group for the breeds that you want to support .. make your dollars truly go towards helping the animals and not corporate salaries

Another win for Barb Loitz  of Ksenia Shelties and one cattle dog in Saskatchewan At the  Prince Albert Kennel & Obedience Club Reba won   BOB and then went on to a   Group FOUR in the regular judging.

Talk about beauty treatment and it's a boy!!    Cruz lives with and obviously gets the luxury treatment by  David Holman and Tina Abeel of Washington

This is one of my very favorite families -- The Diehls of Pennsylvania   Dad Wayne with Wyatt and Maranda and of course Diesel Diehl.
Chance as a puppy

This is Windy who lives with Suzanne in Alaska.  She is out of Boomer and Jetta and litter sis to Veda, Dolly,  Bob, Tucker, Dusty, Rocky and Crikey..one of my all timne favorite litters.  Windy is 11 years young in this photo. Sadly Windy has since crossed over the bridge.

Emma lives with  Joanne Lipsiea in Oregon.  Emma will be 10 years old in Feb 2014 and she is just starting agility training.  This will surely help to keep her in shape and shows how versatile a Cattle Dog can be no matter the age!!

RYDER -- AKA Austlyn Red Ryder You’Ll Shoot Your Eye Out MX MXJ MJB XF T2B2
​Ryder lives with Gina Phipps Burroughs and her crew.  He is a young boy just beginning and now has his first agility titles.  Just love this pic.  He will be known as the handsome happy agility cattle dog with the weird name ♥      Photo by Wendy Schmitz

The old and the new ♥  On the right is Windy from Jetta's breeding to Boomer back in July 2002 and on the left is the new kid - Remington from the Mora and Aim breeding from June 2013.  Suzanne and Roy Johnston live in Alaska 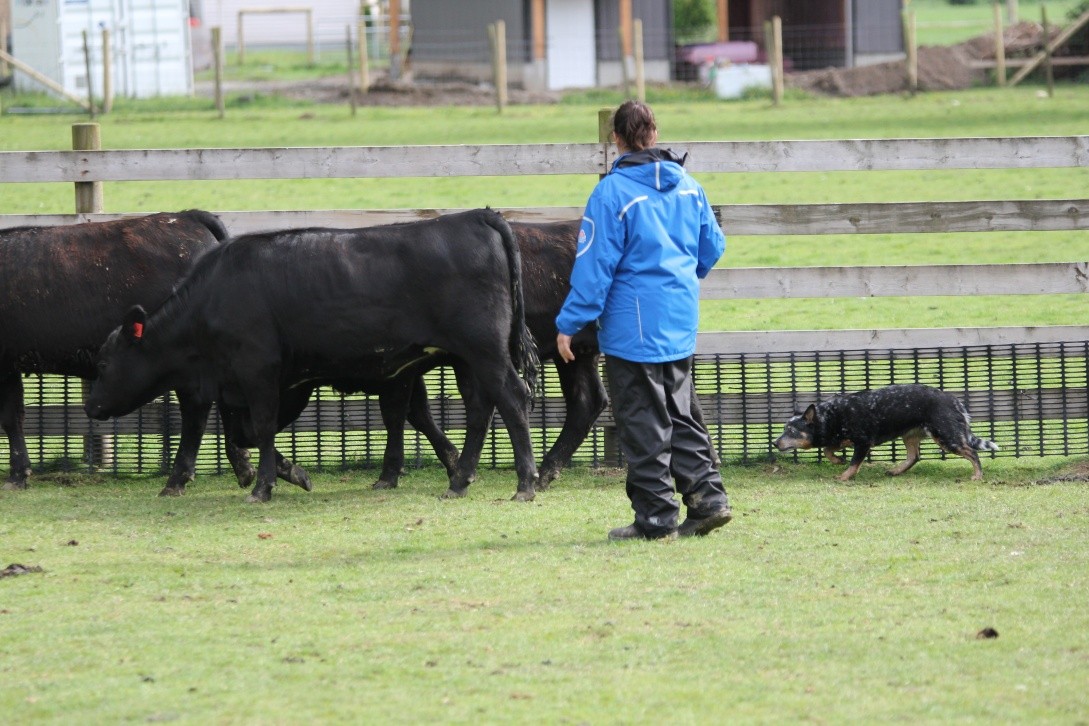 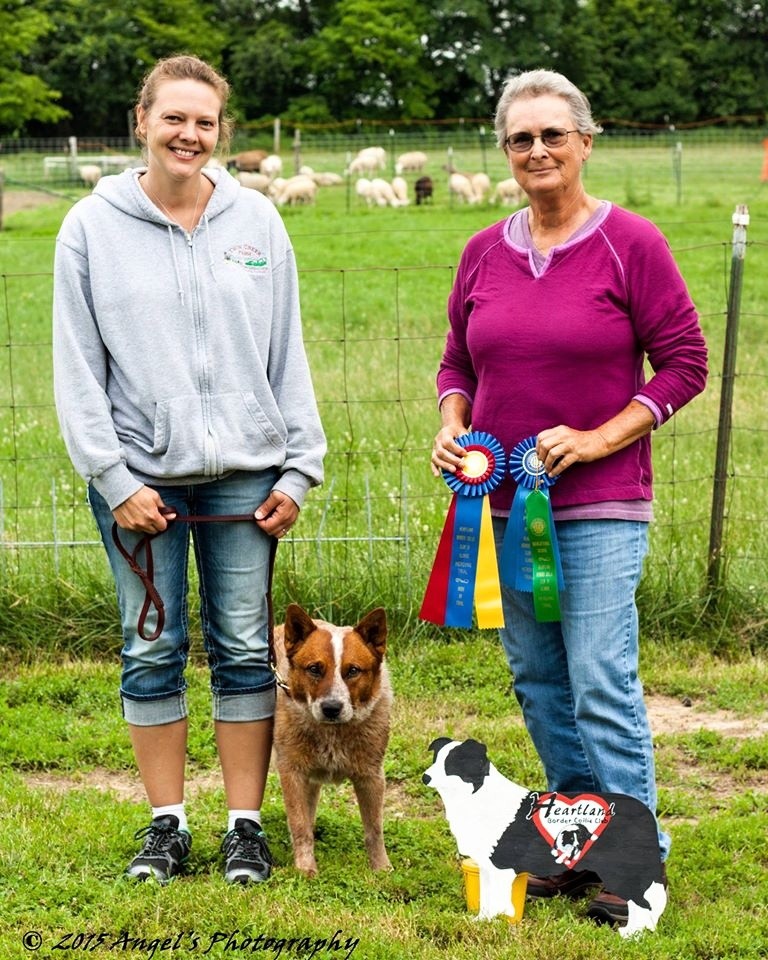 Diane Wein and her boy Herschel!! 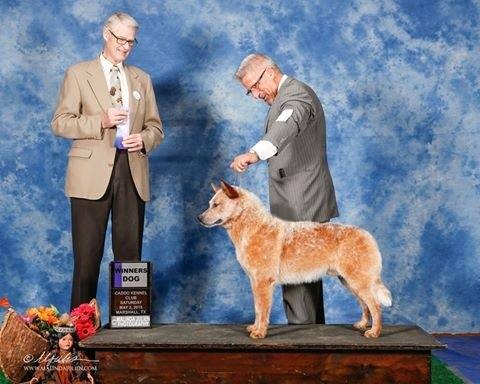 Ch. Austlyn's Chance of a Lifetime
Owned by Mary Marglin and handled by Trent Wilkenson​​ 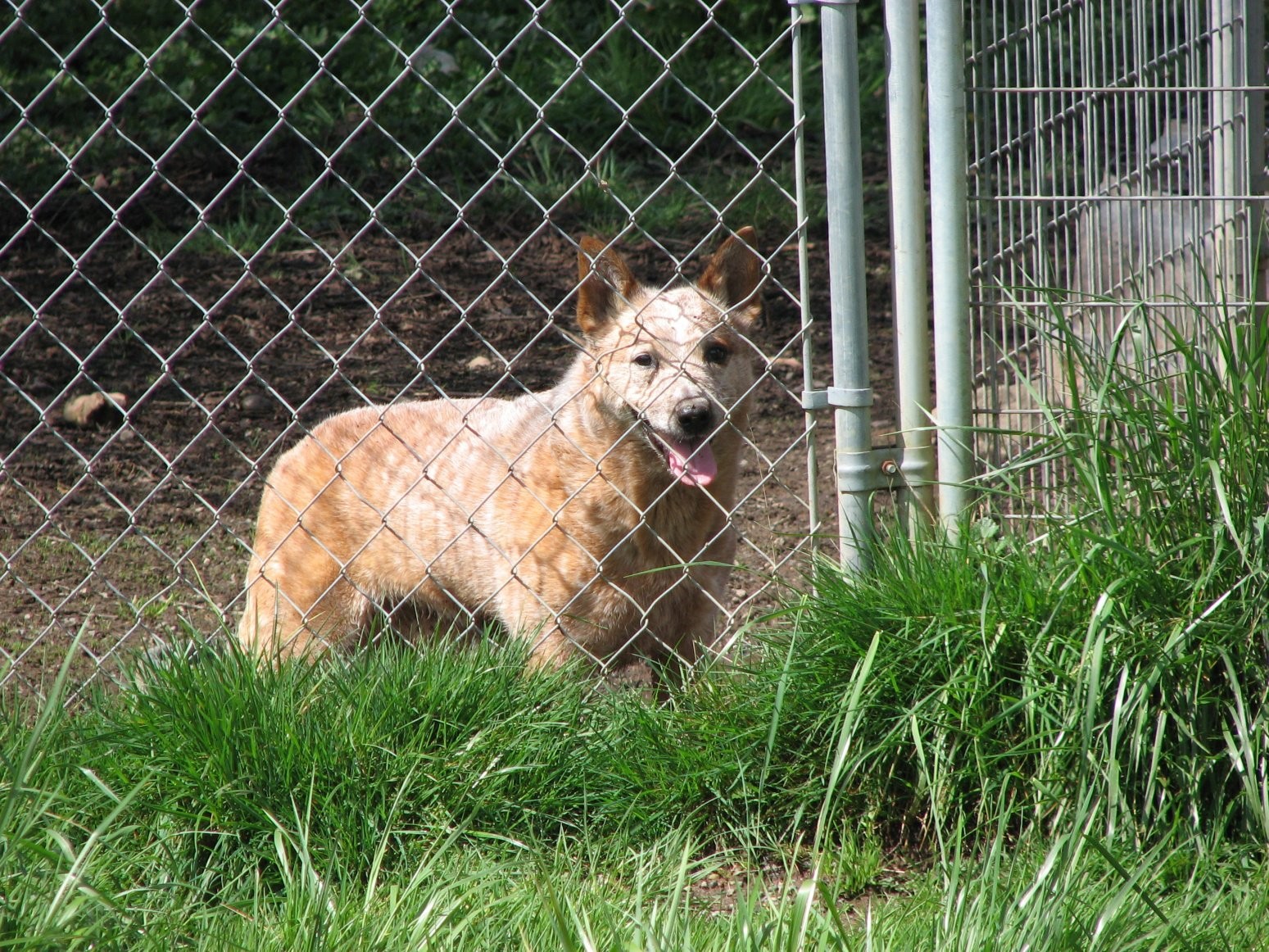 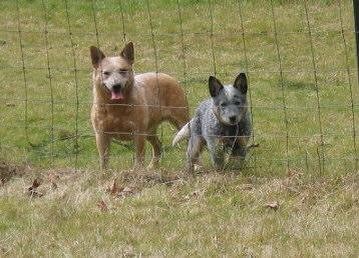 Lessa was the other love of my life - brilliant, fun, my shotgun rider, jokester and more.  Awesome Mom and produced wonderful pups.  So lucky to have had both of these gals in my life!!​​​
Both these males are out of Star in an earlier breeding 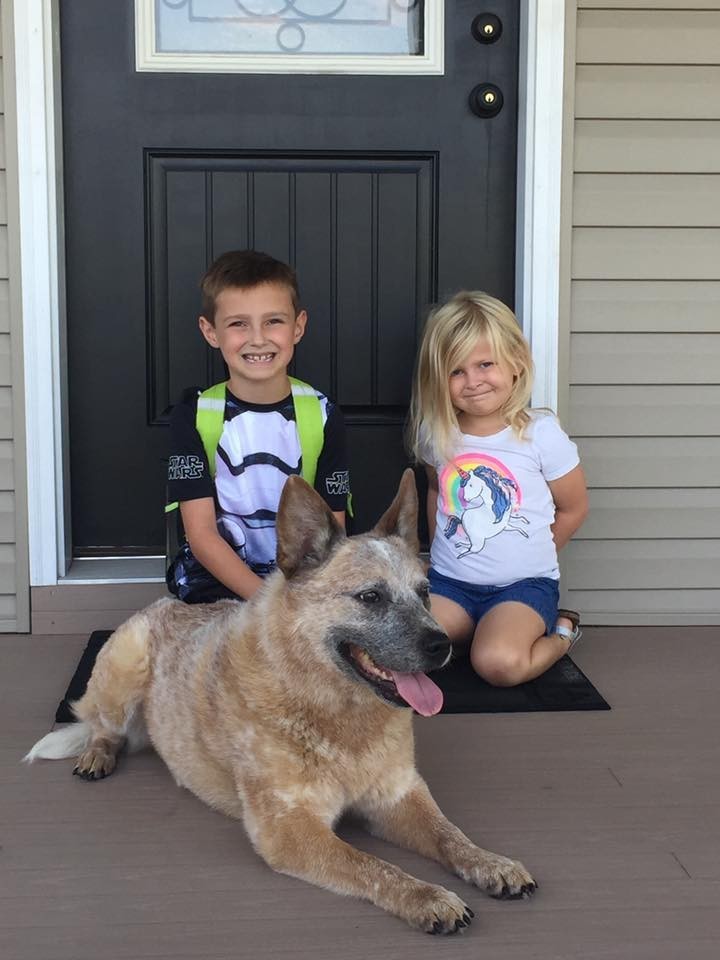 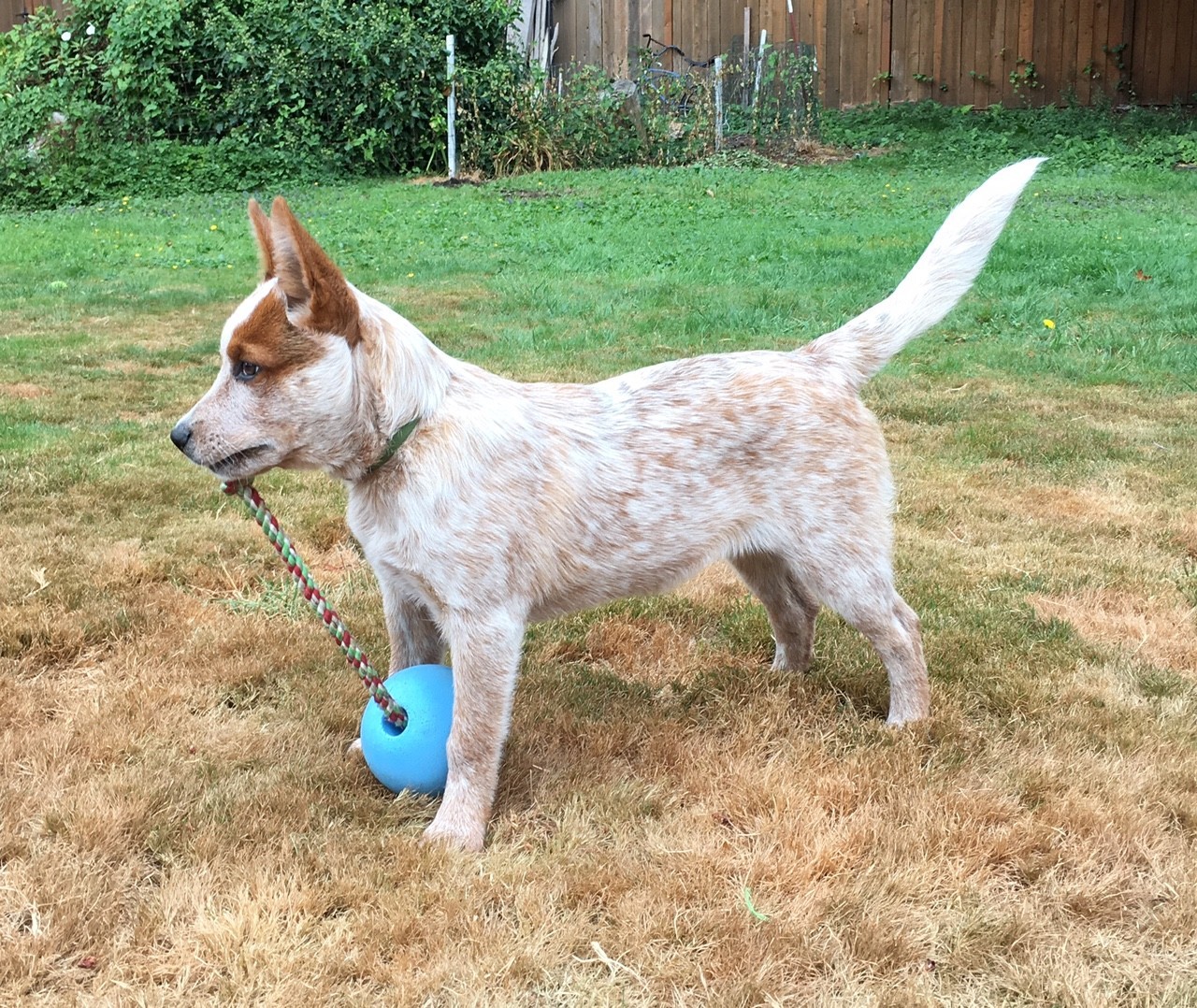 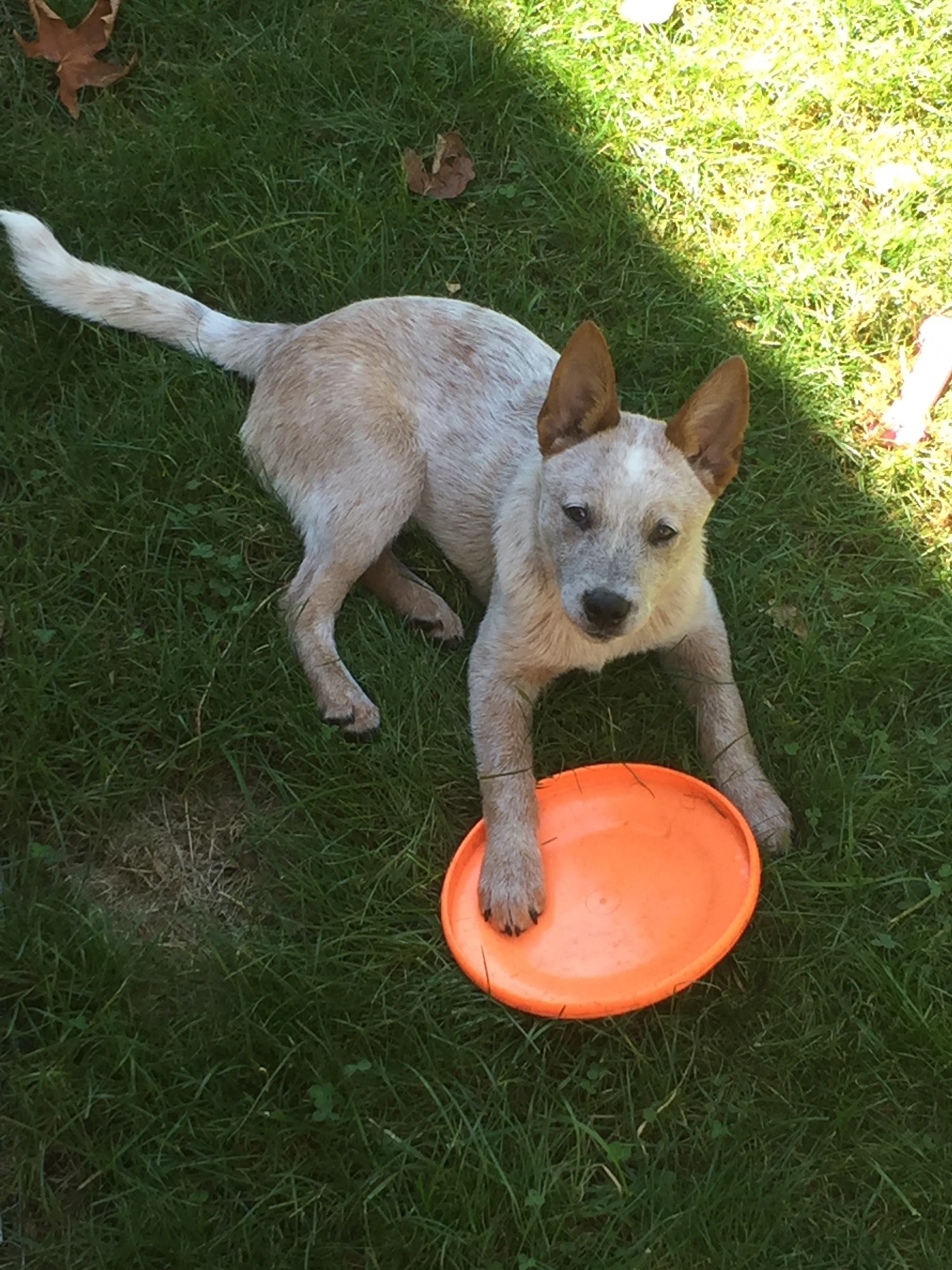 HUCK - owned by Jana Alma of Wa.
Gryffen with Sue and Grant of BC Canada both are doing well in performance
AUSTLYN N ZANDRIA'S RISING STAR RE

Mikka and Nancy in Properties at 4 1/2 months of age. ​
​
Mikka lives with Nancy Hansen of Wa., she also does performance with her Mom!!! 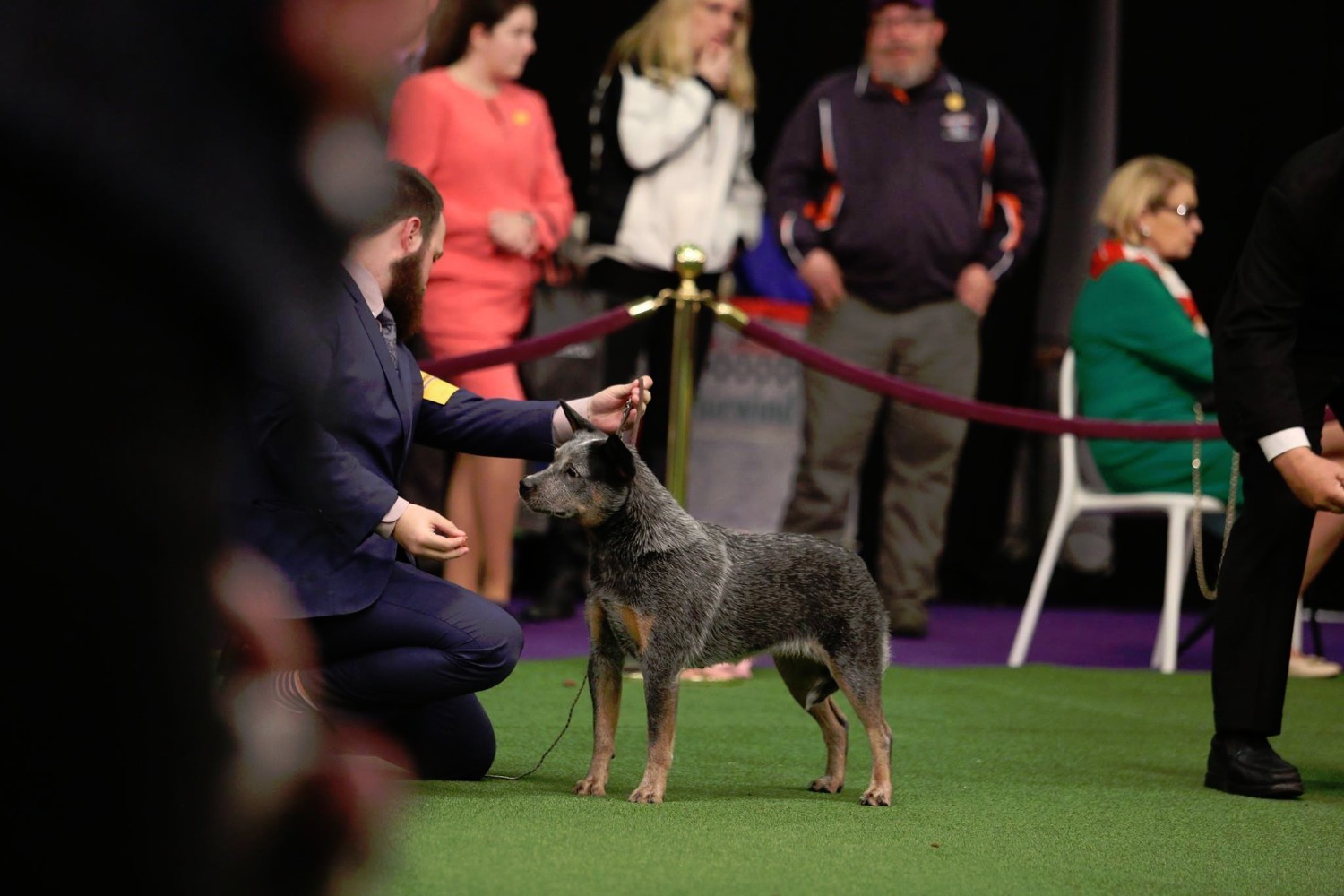 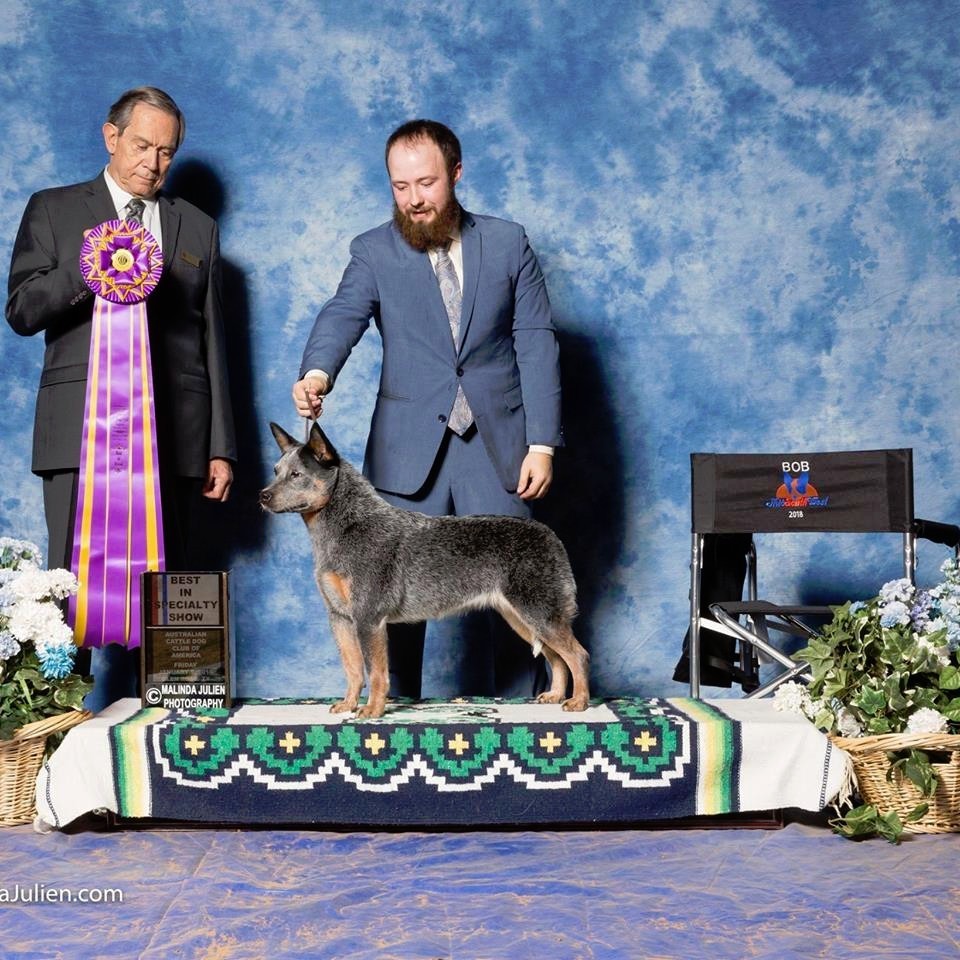 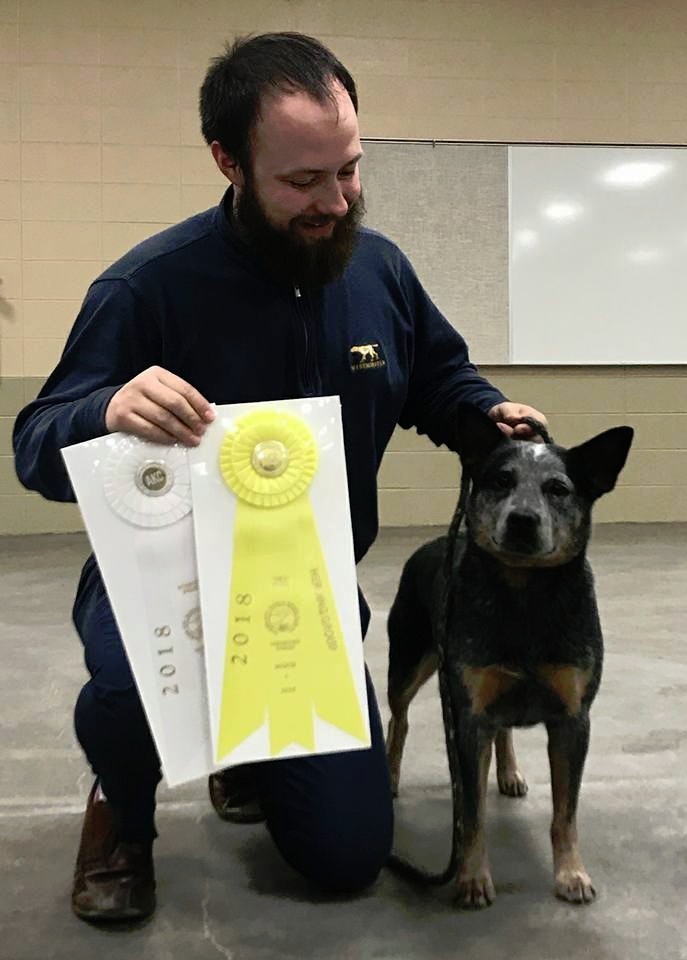 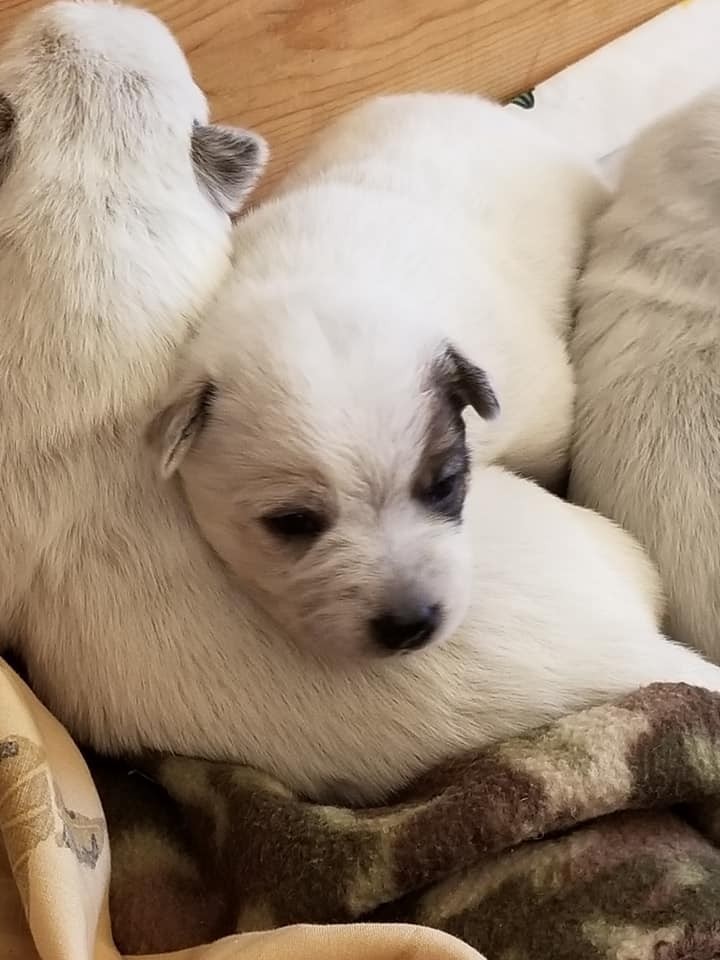 CHECK OUT NEW PAGE FOR
LITTER INFORMATION - BOTH REDS AND BLUES. 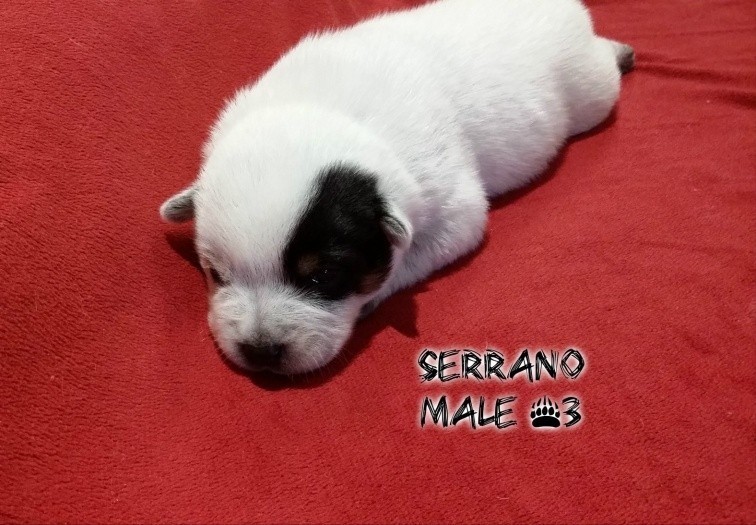 CH​ECK OUT LISTING FOR PUPPIES BRED BY MY FRIEND
VICKIE HALL - LIVES IN ALBUQUEQUE, NEW MEXICO